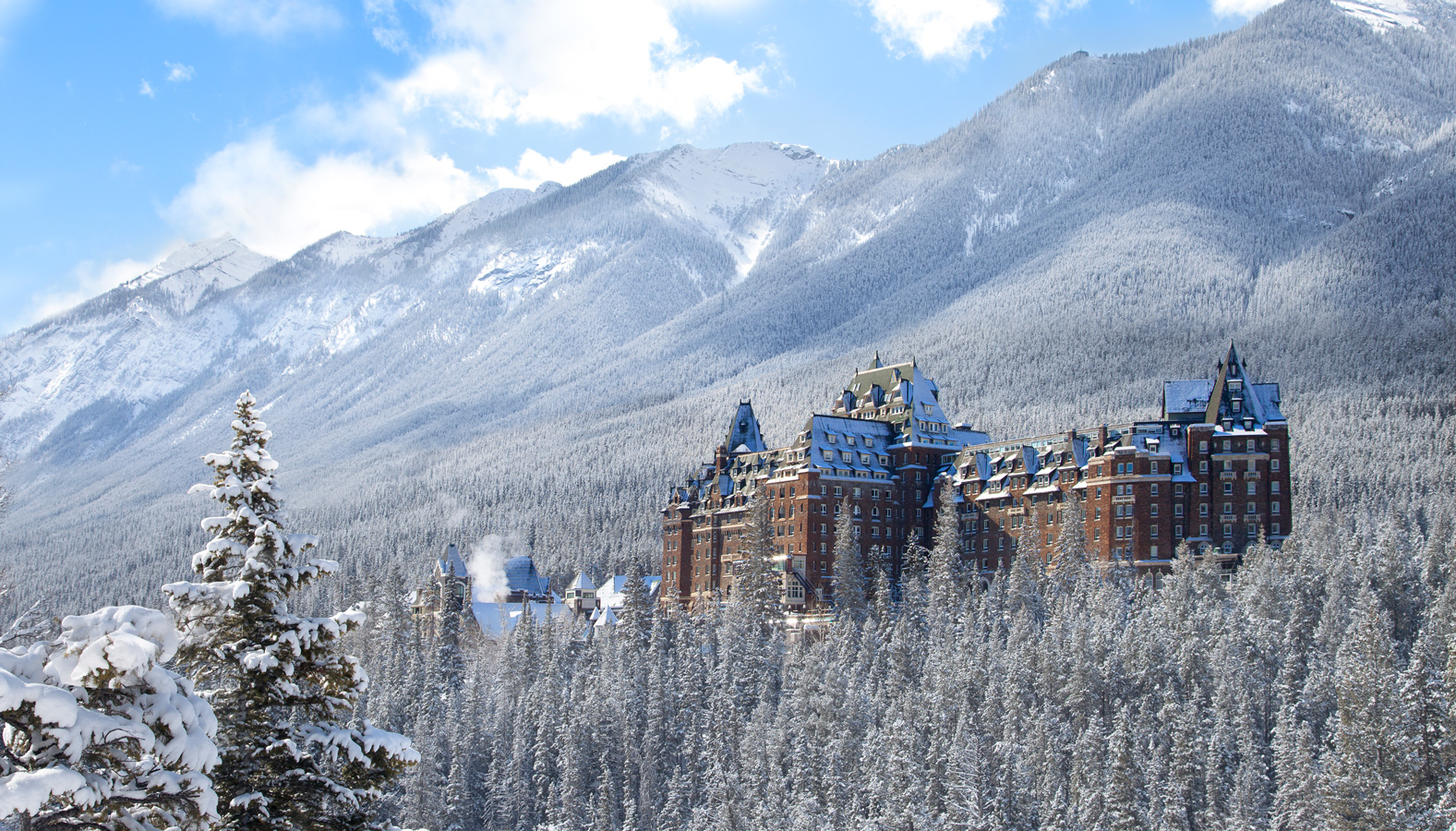 A terrific group of ASGA members enjoyed an adventure to Banff, Canada in July for the 2022 National Two Man Team Championship. Hosted by the Fairmont Banff Springs Resort, this was a trip that many members had circled on their calendar for years and the sold-out crowd was not disappointed! – the spectacular scenery just added to the championship caliber-golf, warm hospitality and wonderful food and drinks put forth by the Resort.

Many thanks to the large group members who helped to make the event special and congratulations to all of our winners from the week!

Matt Gilbert and Matt Ryan from Tallahassee, FL played great all week and on the strength of an opening round 67 followed by rounds of 73-74 captured the top gross prize. Finishing second four strokes back were with Craig Hopple (Sylvania, OH) and Mike Struna (Bonita Springs, FL).

We have terrific events coming up at Cape Cod and Bonita Bay this year and will start 2023 with more great trips to Casa de Campo and Barton Creek in Austin, Texas…..we hope to see you at many!!!

We are fortunate to be able to relive our adventures at Fairmont Banff Springs through amazing photos. Click the images below to view full-size photos from our trip. 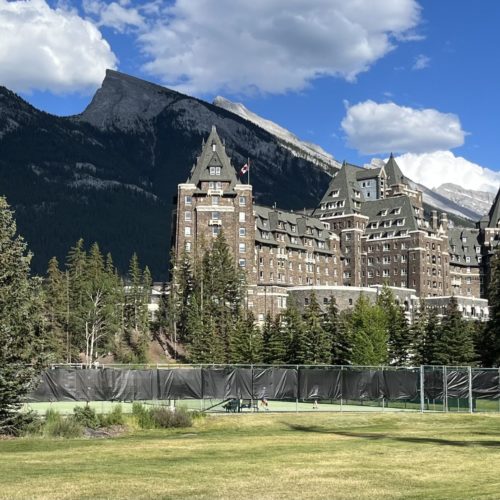 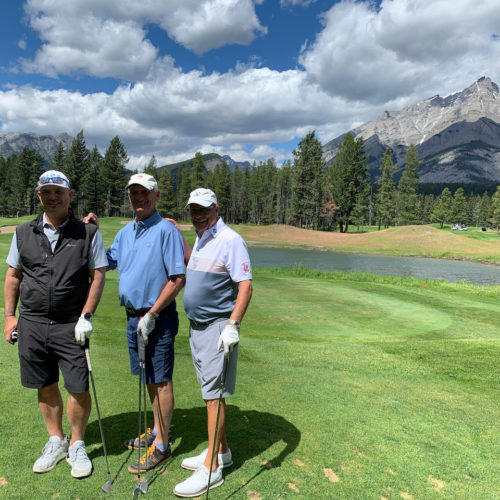 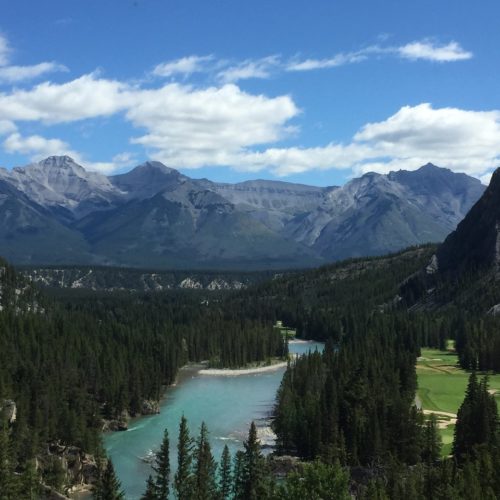 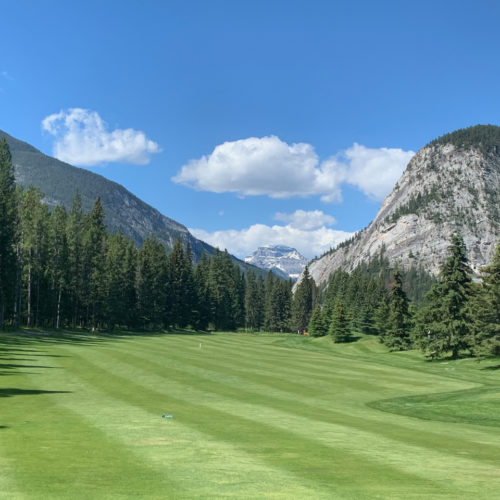 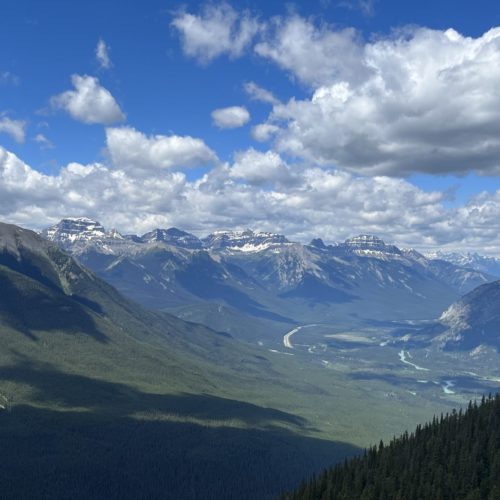 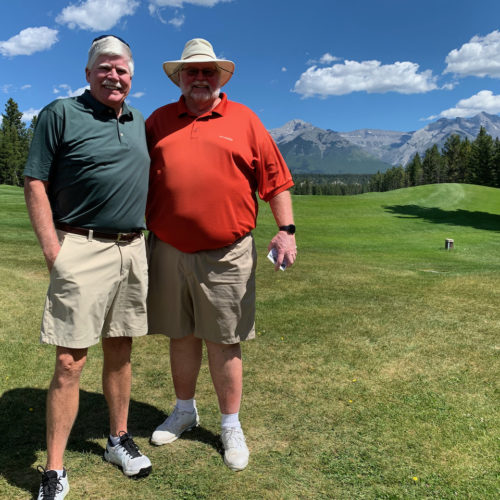 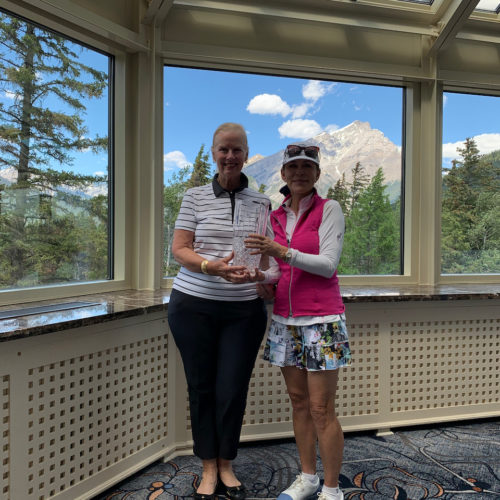 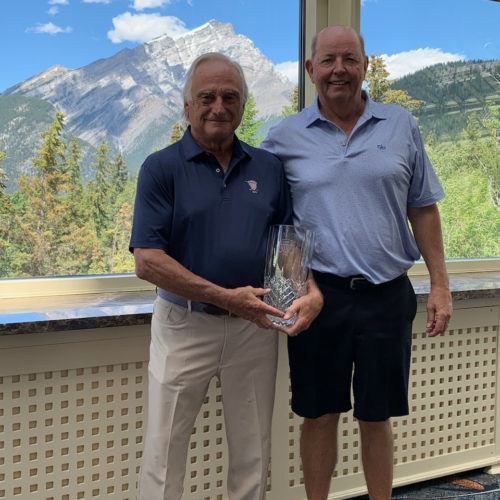 Located in the heart of Banff National Park, a UNESCO World Heritage Site, the world famous Banff Springs hotel stands as a landmark in the picturesque alpine town of Banff, Alberta.

Getting to Fairmont Banff Springs

Taxi and private vehicle services are available from Calgary International Airport and can be arranged by the Fairmont Banff Springs Concierge Team.

Airport shuttles may be available via Banff Airporter, Banff Sedan, and Pursuit from the Calgary International Airport to Fairmont Banff Springs. Schedules and rates are subject to change without notice.

Renowned for its panoramic beauty, The Fairmont Banff Springs Golf Course in Alberta is a captivating and challenging layout set in the heart of Canada's Rocky Mountains.

Holes to be played

The committee will arrange groups each day and there will be a competition between each foursome, best ball of the group gross and net. There will also be individual awards, both gross/net or stableford, for those ladies who wish to complete their rounds each day and turn in a score. This format has been very well received as it is enjoyable for the many different ability levels represented by our players.

Breakfast service will be provided for non-golfing ladies at Fairmont Banff Springs Hotel each morning of the golf tournament and optional non-golf activities will be arranged by ASGA.

First Round of Men’s Golf

First Round of Ladies’ Golf

Second Round of Men’s Golf

Final Round of Ladies’ Golf

Accommodation at the Fairmont Banff Springs Hotel is not included in the entry fees and is for Member’s own account.

Rooms are reserved for ASGA Members at discounted rates. Entry-level Fairmont rooms are available from $543++ CAD per night, however, based on our previous visits to the hotel we strongly suggest Members book at Deluxe level from $623++ CAD per night or higher to meet our expectations of 5-star accommodations. A link to the room reservations booking system will be included in the confirmation email following successful registration.

The soul-stirring grandeur of the Canadian Rockies is celebrated around the world. Pair that with a stay in the iconic 1888 castle, and you’ve got the makings of a perfect dream. Located in Banff National Park at the base of Rundle Mountain just minutes from the cosmopolitan mountain town of Banff and surrounded by classic adventures such as wildlife tours, hiking, pristine blue lakes, skiing or gondola ride to the top of the peaks.

In the heart of Banff National Park, in the Canadian Rockies, the luxury Fairmont Banff Springs hotel has provided legendary hospitality for over 130 years.

This Alberta golf course offers just two simple things for the perfect golf experience. First, a breathtaking view in every direction and second, a magnificent layout that thrills every golfer fortunate enough to spend a day here. Amateurs and professionals alike are constantly amazed by its challenging layout. From hole design to optical illusions created by the surrounding mountains, this Alberta golf course will delight and tempt golfers of all abilities. Stanley Thompson, Canada’s master golf course architect, used his expert talent when he designed the original 18 holes in 1928. The course winds along the Bow River under the snow-capped peaks of Sulphur Mountain and Mount Rundle.

Breathtaking view in every direction and a magnificent layout that thrills every golfer.